This article in The Times of India caught my eye when I opened the paper today morning: 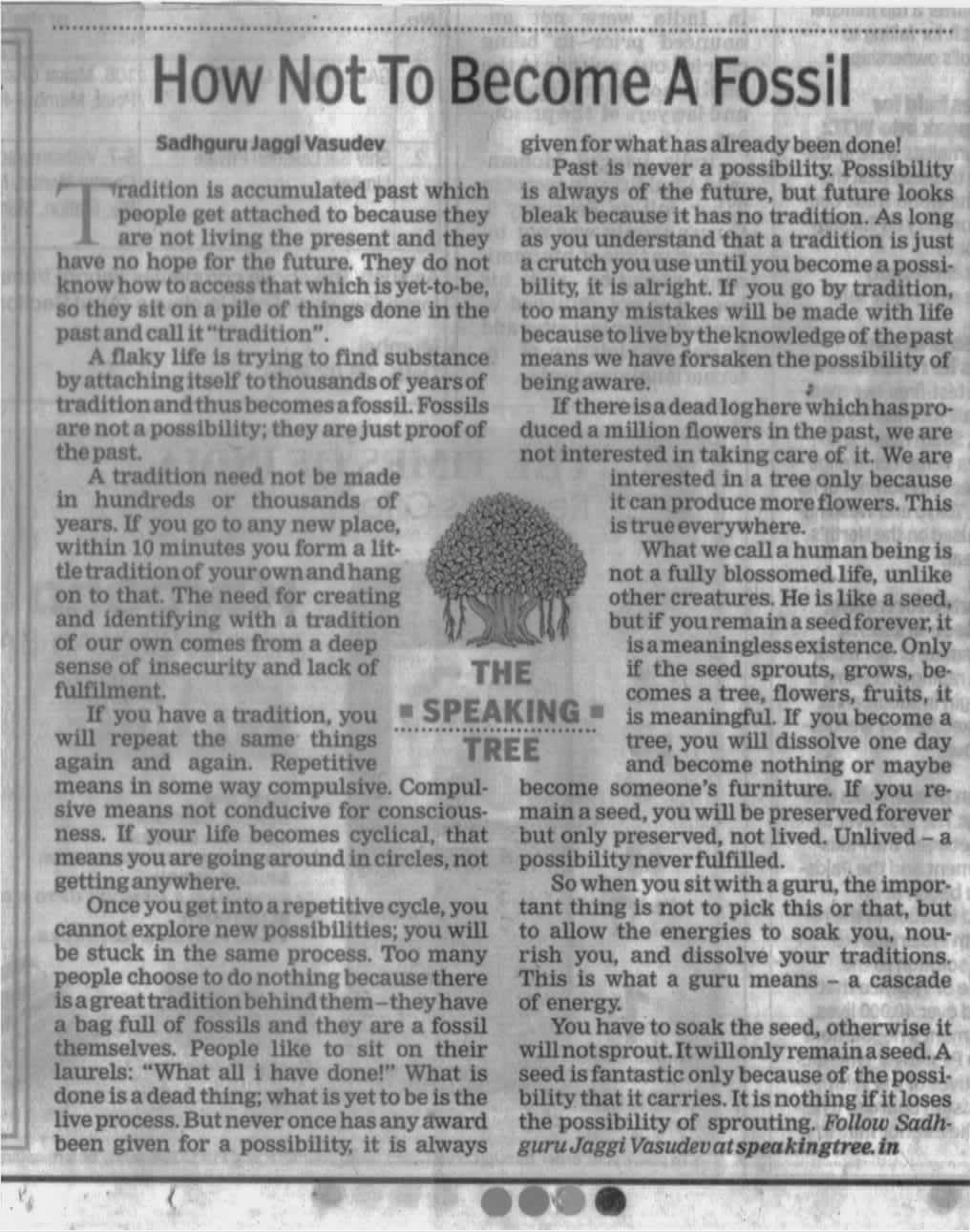 The language and the words were pretty familiar.

In Crimson Circle, the word used is 'Potentials' as in 'of the future'.

In Landmark Worldwide, the word used is 'Possibilities'.

Interesting stuff. Is Sadhaguru Jaggi Vasudevji a Landmark Graduate too?? Maybe and maybe not. But then that's another thing.

* * * *
I was feeling rather lethargic and dull when I woke up today. (Long day yesterday, late night.) Definitely not in the frame of mind to do my morning routine of workout - something that I have committed to recently under a much larger game in Life.

In the normal course, I would have skipped the workout routine today. But reading this article made me realize that I would be becoming a Fossil by letting my past takeover. I would be caught in the all too familiar repetitive cycle of not-working-out-after-a-long-hard-day-yesterday.

I immediately created the Possibility of Taking Actions as in 'Doing my Workout Today' and 'Not being a Fossil' today.

This possibility was created in the mind, of course. A few minutes later as I was lazing around, I noticed that I had started breathing deep spontaneously. But through the mouth and not the nose.

I allowed the breathing to be and after a few minutes, I was fully energized and in the now. In the few moments that followed, I had made the transition from Playing the Game in the Playground of the Mind to Playing the Game in The Physical Reality.

The workout happened and the tiredness and fatigue that was the reality a little while ago had totally transformed.I was fresh and full of Life. The experience of being Alive had transformed.

A small victory over the past way of being but a pretty significant one, nonetheless.