Djembe – The Instrument of Our Times

Music has played its own role in the evolution of human consciousness. Although the instrument known as Djembe was one of the earliest ones created by human beings; it is only now that we will be able to use it to its fullest potential. So much so that Djembe can be called as THE instrument of the changing times because of the tremendous impact that it has by default.
Darkness and Light – the energies that are apparently TWO in human consciousness have never ever been TWO DISTINCT energies as we humans have perceived them to be for eons of time now. Darkness and Light are like the two faces of the same coin which is in fact ONE and cannot be complete if either face is missing. Always together. Changing from one to the other but never separate. It was only in human consciousness that there was a Split between the two. These are coming back together in these grand times that we are living in. The two are finally integrating into ONE and we humans are finally ready for this change.
* * * *

When compared to the other common instruments of percussion that are played with the hands, here’s why I think that Djembe is going to be THE instrument of the times??

While the instrument itself came into my conscious awareness about two years ago, it was only around September-October 2010 that I learnt that the name of this instrument was in fact ‘Djembe’ during a chance meeting with a professional musician.


My first Djembe came into my life around the end of December, 2011 (the one on the left) and the second one about a month ago. While the first one was a gift, the second one came into our home purely by chance and no doubt was ‘attracted’ because of the growing passion for this instrument in the family. 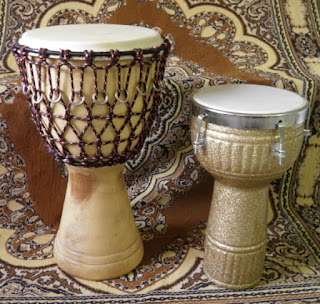 I have done a bit of innovation by adding the metal rings for increasing/decreasing tension to the playing surface (as already being used in the dholaks) in the traditional Mali weave pattern that originated in West Africa. 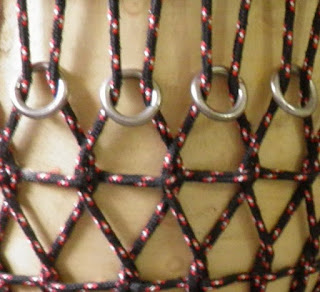 The rapidly increasing number of people being attracted to this instrument speaks volumes about its versatility. Just google ‘Drum Circles’ and you will know what I mean.
I like to look at it as the Musical Instrument that will help bring about Change effortlessly.  I just love it. So will you once you are the proud owner of one!!!
I invite you to jam with us in case you ever happen to be in our corner of the world.